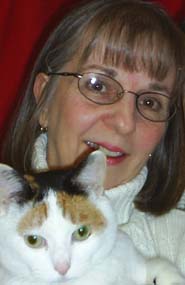 Everything you could possibly want to know about Cheryl.........

Born and raised in Brockville, I am a graduate of Brockville Collegiate. I hold a BA  in French language and literature from the University of Ottawa .  The following year I studied Craft and Design at St. Lawrence College in Brockville, Ontario.

My journey has taken me through many art forms over the years…. not always in a straight line….but on a more rambling and exciting exploration of the media that call to me. In the early 80’s, I concentrated on fine art.  My pencil drawings have been shown in galleries in Kingston, Brockville, Cornwall and Ottawa, Ontario.  I look at this now as a time of honing my drawing skills and these are skills I use today in everything I do. 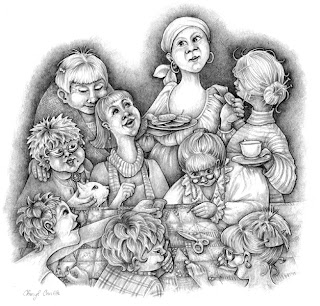 As well, from an early age, I’ve been interested in sewing and the needle arts. In the mid-80’s I studied clothing design and construction (including tailoring) and quilting. However, my main interest with textiles is as an artistic medium.  I do picture appliqué and my piece entitled "With Joy" was juried into the Canadian Contemporary Quilt Show at St. Catharines, Ontario in 1992. Two pieces were recently juried into the Grand National Quilt Show in Stratford, Ontario. My recent appliqué work involves adding detail with hand and machine embroidery. 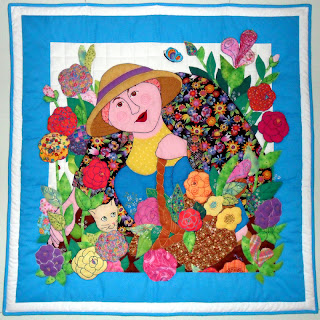 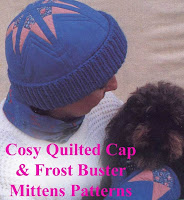 In the early 90’s I began my own home-based business designing and producing patterns for quilted clothing.  This gave me an opportunity to combine my own drawings (instructional) with my pattern how-to text. Some of these designs are still available today through my blog. Pattern production led me to experiment with desk-top publishing  and book-binding (one of a kind art books).  Along the way I discovered I really have a passion for translating text into visual image.

The latter part of the 90’s, found me concentrating on illustration and I had several illustrations published in various magazines. During 1997, I had many editorial cartoons published in the Brockville Recorder and Times newspaper and one published in the Beacon-Herald of Stratford, Ontario. I enjoyed my association with the (then-still-independently-owned) Recorder and Times very much. From 1997 until 2002, I worked with some of the earliest e-publishing houses in Canada and Australia (who were way ahead of their time).  Two of the highlights for me were illustrating books written by Gillian Richardson (Oliver Buggins, Investigator?) and Anne Cameron (Jen’s Magical Kelpie).

I’ve done free-lance illustration for individual authors and even illustrated a series of phonetics texts for the US educational publishing company, Sopris West. 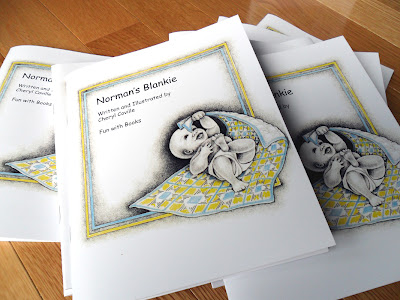 The internet has offered new opportunities for me as an artist, a student and a writer. I’ve maintained a blog for a few years now, mostly just as a place to share photos but last year I developed a knitting pattern (Coco’s Cap) as part of a charitable project to provide preemie hats to hospital neo-natal units. I needed a place to host the pattern so I began to get a little more serious about the blog and Grandma Coco’s Designs was born.

My blog is a place for all my interests…quilting, knitting, drawing, embroidery, beading….. and it has ignited my interest in writing. In 2011, I’ve had 2 illustrated poems published in the new online children’s magazine Underneath the Juniper Tree.

Grandma Coco is my alter ego. She writes the blog with me. She’s the brave one, the smart aleck, the one who doesn’t mind being out there interacting with the world, fearlessly stating her opinions. And I’m the one hanging back in the shadows who makes the quilts and the drawings and the patterns.  Together we live in the Kingdom of Coco….. a fabulous place run by Grandma Coco herself, where “Every day, we get up and play!”

Not a bad motto for any creative life.