How could we forget our cat quilt?

It did get finished. It really did. And, it's already been put to use. This morning, I finally remembered to drag it out onto the back lawn in the full, bright sun to take its picture. 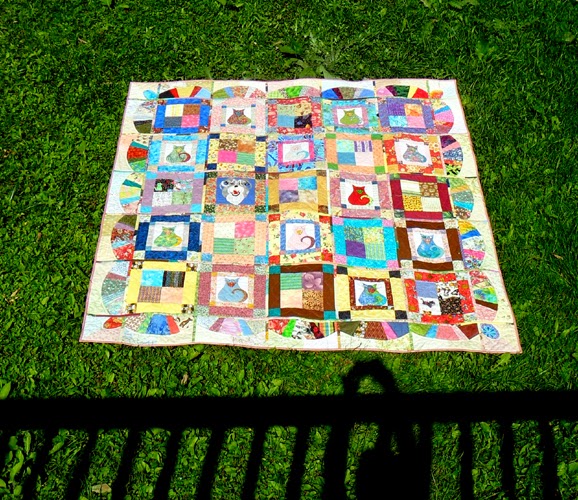 This is the quilt that was done quilt-as-you-go. Scrappy to the extreme. Colour is such a tonic for me. Here's the back, which is much more controlled than the front. The joining strips on the front are pieced from the scraps cut from the blocks when I trimmed them to size for assembly. The strips on the back are the same fabric as the binding. I think I'll be using this quilt with either side up. I like them both. 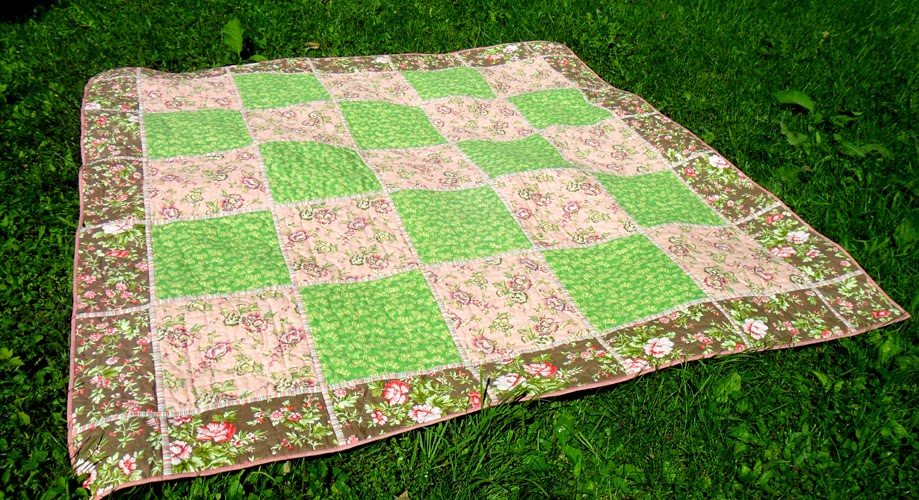 And here's a closer look at it hanging over the rail. See the dog? That's the portrait I did YEARS ago in memory of our old dog, Daisy. I thought she'd like to be among all those cats. 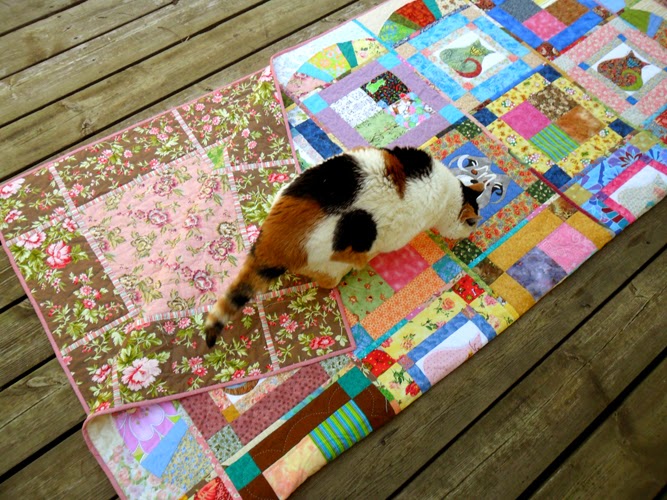 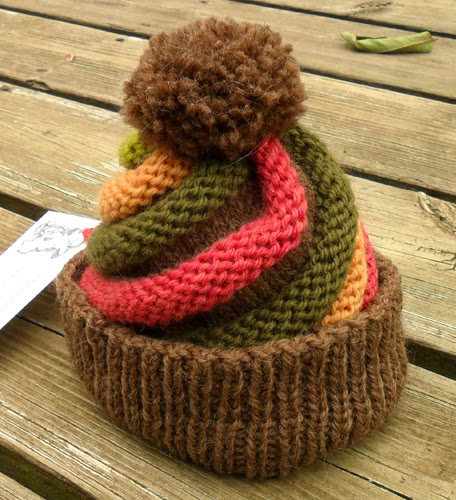 I've always liked this little cap design which I saw first in the book, Knitting for Peace. Now, the pattern is a freebie on Ravelry. You can find it here: http://www.ravelry.com/patterns/library/swirled-ski-cap

It's an interesting approach to knitting what is essentially a toque. This one's in 100% wool, worsted weight. It knits up quickly.

Posted by Cheryl Coville at 2:25 PM No comments:

We've got our pompoms on!

Pompoms! Up until today, I've been total rubbish at making pompoms. They're a complete mystery. My mother used to make them with a piece of cardboard. They turned out fine. Apparently, I didn't inherit the pompom-making gene. :(  I offer the floppy old pompom on the large hat below as proof.

When I was a child (maybe around 1960) I received a pompom-making thing-a-ma-jig for Christmas. Hard plastic. Lime green. Different sizes, maybe? You wound the yarn and made pompoms and then you made things from the pompoms. I've been wishing I still had that toy, quite apart from the fact that it's probably very valuable as an antique by now. But, this morning, in the mail, I got a Clover Pom-pom maker. The large size kit, with 2 plastic makers for pompoms makes 2-1/2 inch and 3-3/8 inch pompoms. And, boy does it ever work!! 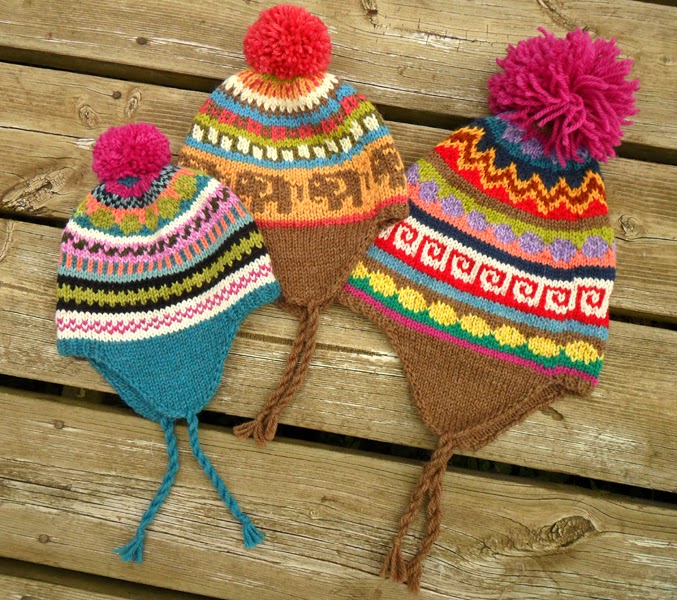 I found that you can vary the size of the pompom by filling it less (or more). My first one's a little big. That's the orange/red one in the middle. For the second one, I just wound fewer wraps of wool. There was very little trimming required to get a nice round pom. I'm sold on this gadget. Cassie gives it 2 paws up, too!

These 3 hats are going to the kids way up north via the Warm Hands Network. BTW See the elephants? I guess next time I ought to put in polar bears.

We've been on a bit of a mitten jag lately. These were fun. One of the standard Scandinavian mitten styles involves a pointed tip. That pointy part just seemed perfect to us for folding over to make an owl. Two close shades of yarn make a pretty boring fair isle, but perfect for allowing the over-all 'owl-ness' of the eye details to shine through. 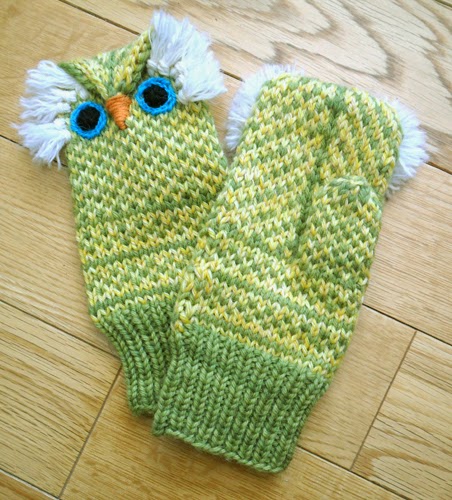 And then, of course, we wondered what they'd look like in miniature. Owl egg cosies. Also fun. 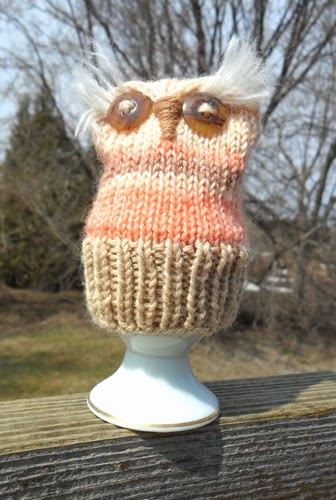