The Sunday drive was the highlight of most 1950's families' weeks. It was a chance to get out of the house and we're sure many a housebound mother's sanity was saved by the custom.

Fast forward to 2012 and most of us would rather be boiled in oil. Yesterday, that's pretty much what it felt like. Suffering as we have been for the past few days from some nasty mysterious sore throat affliction with a side order of swollen glands, we still had to drag ourself out of our sick-bed to drive to the airport.

We tried to make the best of it. For instance....and especially for Becky.....here's the amazing solar farm we found not 10 miles from our home (on a route we rarely take). Can you see the giant platforms of panels? It looks vaguely like something from a science fiction movie....some weird invasion of metal aggressors. See the size of them compared to the farmhouse way to the left? 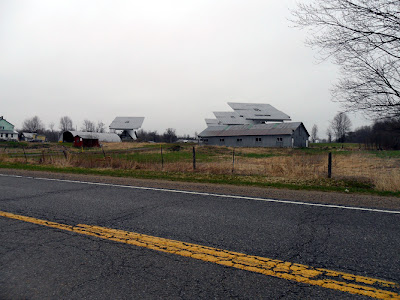 Here's another angle. Behind the farmhouse, you're seeing the bases (from the side)
with the edge of the panels lying on top. 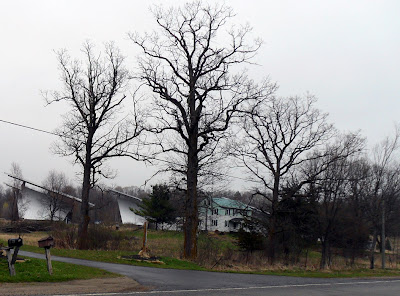 We have noticed many smaller solar panel set-ups lately but this is by far the largest. We think it's a very good sign for the future.


The other cool thing we found on this day of compulsory travel was this..... 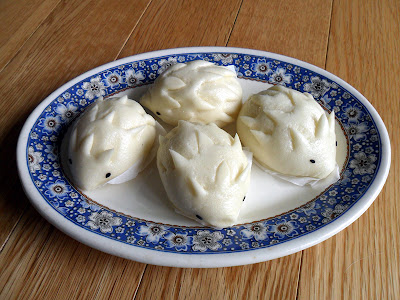 Aren't they sweet? Chinese steamed buns with bean paste filling. So darn cute. We've been trying to figure out how they're made.

Today is dedicated to drinking fluids, popping ibuprofen and sleeping. We think we're over the worst of it.

PS.....Is there no end to the fabulous-ness of the internet? Here's a video for making the steamed bun hedgehogs.

Posted by Cheryl Coville at 3:53 PM

Email ThisBlogThis!Share to TwitterShare to FacebookShare to Pinterest
Labels: solar