We get an awful big crowd at our bird feeder. Big birds, little birds. The belligerent and the meek, the flashy and the drab.  Rowdy and talking smack, they’re a raucous bunch who really like to party. They jostle for position and aren’t afraid to mix it up by times. We guess their little lives depend on it. But sometimes they make a lot of noise. Especially the Blue Jays. They have this loud and obnoxious squawk which always sounds to us like… 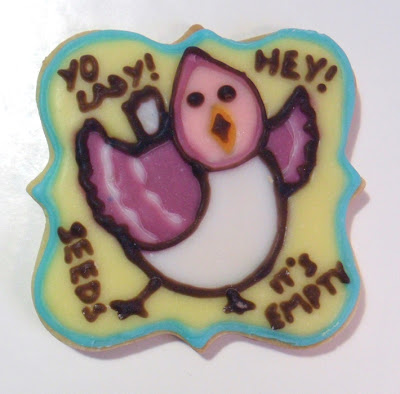 As we’ve already noted, we love this photo we took a few weeks ago. It’s just so January. We tried to isolate which colours evoke the feeling of January and we came up with this palette. We made our birdie sketches and copied them so we could try out different colour arrangements. 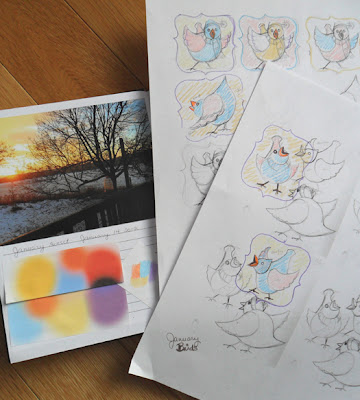 We made templates from our sketches by covering both sides of the paper with heavy packing tape and then cutting carefully on the lines. 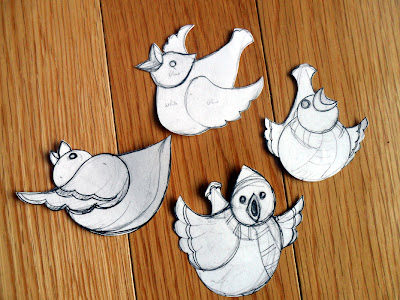 This makes fairly sturdy, grease impervious templates which we used to trace around, on the cookie tops with our handy-dandy food colouring markers. And, yes, originally we thought they'd all be wearing toques and scarves until we came to our senses and remembered simple is better. 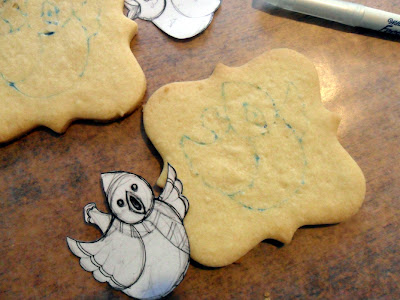 So far, so good. We drew in the extra lines by hand, piped on the icing and Bob’s yer uncle!

We wouldn’t like anyone to think badly of our birds. Here, in the Kingdom of Coco not every bird is rude. We have at least one polite fellow. 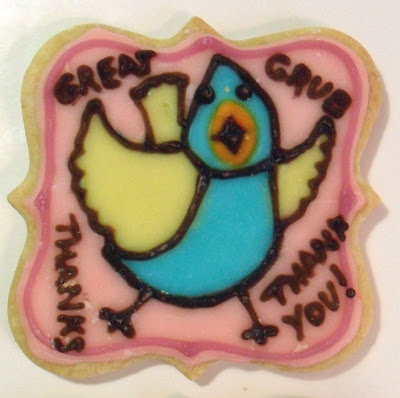 These are the first cookies we made with the beautiful copper cookie cutter we won from LilaLoa's giveaway. We don't think we did it justice but we'll keep trying.

Grandma Coco would like to say "Hi!" to Arwen who, we are told, loves birds AND cookies!

~ Best birdie wishes to all!

Posted by Cheryl Coville at 4:52 PM